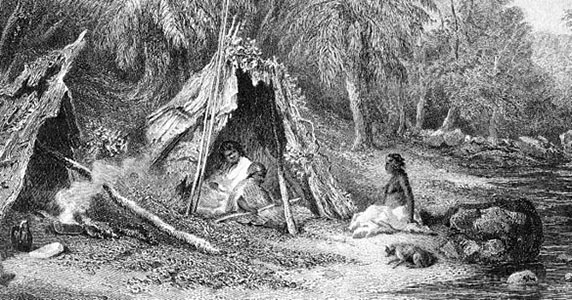 Contrary to the world’s belief and the little known fact, Australian Indigenous – Aboriginal peoples had the first natural medicine trading industry in Australia. They taught our early settlers how to use their medicine to heal wounds, colds, sore muscles, skin problems and very beneficial insect repellants.
Our traditional people were the first in the world to have used essential oils. Seven thousand years before the Egyptians.  Dated and recorded, yet not acknowledged, as promised, by our government.

Recorded evidence and around 4,000 artefacts were given by the Bundjalung People around Coraki in NSW.  This  substantially proved they actually distilled and traded TEA TREE up and down the east coast of Australia, with other traditional peoples using other essential oils, such as many different Eucalyptus Oils.  Our Tea Tree Oil  along with Eucalyptus oil, are still in the Top 5 medicinal oils in the world. May I repeat: Seven thousand years before the Egyptians.

Later recordings from the outback heard of Sandalwood being used by expectant mothers and also used by the Aboriginals as a nice smell.

“The legendary Princess Eelemani of the Bundjalung people was the Johnny Appleseed of tea tree oil. In the legend of Eelemani we learn of a beautiful princess who has to leave her true lover and travel through the bushland of coastal New South Wales. The journey was long and the forest trail was unknown to Eelemani. She was concerned that the return to her loved one and family would be difficult. Eelemani was no ordinary princess and so she spoke to the Gods of the earth and planets and was rewarded with special seeds that were to be sown along the trails.

As Eelemani walked through the forests, the bell birds called reassuringly and willie wagtails followed protectively through their territory. The special seeds were scattered on the moist, fertile forest soil. Falling to the ground, they grew roots and shoots and flew towards the sunlight. So remarkable were these trees that their beautiful white paper bark stood out from all the other trees. At night the polished sheen reflected the light of the moon showing the trail. Eelemani felt so safe knowing that the Gods had given her such a powerful marker to protect her on her journey.

And so the trees of Eelemani flourished and over the aeons of time the Bundjalung people came to learn of the magical properties: Just as the trees had protected Eelemani, the leaves were found to protect against infection and skin ailments.

It is difficult to know the truth of the story that Sir Joseph Banks, the Endeavour botanist brewed some tea from a ‘tea like’ plant and hence created ‘Australian Tea Tree’. Certainly the story of Eelemani is more credible – especially if you have tasted tea made from either Leptospermum or Melaleuca spp.“

The indigenous Bundjalung people of eastern Australia are believed to have used tea trees as a traditional medicine for many years in a variety of ways including inhaling the oil from the crushed leaves to treat coughs and colds, applying the leaves on wounds as a poultice as well as brewing an infusion of the leaves to make a tea for treatment of sore throats or applying on the skin for minor wounds, abrasions and insect bites and stings. One of the areas where tea trees are grown in abundance today is called Bungawalbyn which translates to ‘healing ground’. Captain James Cook named the tea tree because he observed the Bundjalung people of eastern Australia use the leaves to prepare a healing tea and it is reported that his men used the leaves first to make a tea and then to brew a type of beer!

Arthur Penfold in collaboration with FR Morrison published the first reports of pure tea tree oil’s antimicrobial activity in a series of papers in the 1920s and 1930s. In evaluating the antimicrobial activity of M. alternifolia, tea tree oil was rated as 11- 13 times more active than phenol while being milder and therefore safer for topical application. Shortly after the medicinal properties of the oil were first reported by Penfold, the tea tree industry was born. The oil was produced from natural bush stands of M. alternifolia with the plant material being harvested by hand and distilled on the spot in mobile wood-fired bush stills. Tea tree oil became a household remedy in many Australian homes and was an essential part of every Australian soldier’s kit during World War II which is probably how the word was spread to the rest of the world on the properties and efficacy of the oil. Production ebbed in the 1950’s and early 1960’s as demand for the oil declined due both to the development of antibiotics and the waning image of natural products as the post WWII boom took off. Interest in the oil was rekindled in the late 1960’s early 1970’s as part of the general renaissance of the general interest in natural products that accompanied the baby boomer generation as they searched for the meaning of life.

The first commercial plantations were established in the 1970’s and 1980’s which led to the establishment of the first crude mechanical harvesting devices and forerunners of the larger, static distillation plants which have evolved to produce today’s consistent, high quality, 100% pure Australian tea tree oil.

During the first two World Wars, wild harvested Tea Tree oil was carried around and used by Australian soldiers.

Peppermint Gum (Eucalyptus dives) oil became used for the production of menthol, it was used in cough drops and syrups until the synthetic menthol industry rose up.

During World War II, Lemon Myrtle was harvested and distilled from wild trees near Gympie, south-east Queensland for the supply of lemon essence by drink manufacturer Tarax. However, not enough trees were in the wild to make it viable and operations ceased.

Today Australian essential oils are prized and they are shipped all over the world, yet in Australia, very little is known by the consumer about our amazing beneficial collection of the Australian Essential oils.

In the world today any concentrated, volatile, aromatic liquid that is obtained from the fruits, seeds, flowers, bark, stems, roots, leaves or other parts of a plant. There are estimated to be 10,000 aromatic plants that contain essential oils on Earth, and about 500 of these are processed commercially for essential oil extraction. These oils have been used for centuries for both their healing and aromatic benefits. This is most commonly accomplished by steam distillation (steam is passed through the plant material), and sometimes hydrodistillation (the plant is gently boiled in water). More modern methods include mechanically expressing oils from citrus fruit peel, and solvent extraction. Solvent extracted oils include CO2 extracts and absolutes, and these are not classed as essential oils.

Today we look for natural, unmodified products. Organic is just an awareness of Natural. Not modified by man or pollution.  That is why I choose to spread the word about essential oil benefits. In particular to provide information about Australia’s contribution to the world’s essential oil catalogue.