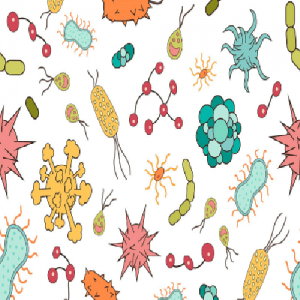 Parasites in The Human Body

What do we mean by ‘parasite?’

Parasites are organisms that live in or on a host, often at the expense of the ‘hosts’ health i.e. you. There are many different types of parasites, ranging from microscopic organisms to larger ones like pinworm, hookworm and whipworm.

Common Symptom of Parasites in Humans

Constipation: Some worms, because of their shape and large size. can physically obstruct certain organs. Heavy worm infections can block the common bile duct and the intestinal tract, making elimination infrequent and difficult.

Diarrhoea: Certain parasites, primarily protozoa, produce a prostaglandin (hormone-like substances found in various human tissues) which creates a sodium and chloride loss that leads to frequent watery stools. The diarrhoea process in a parasite infection is, therefore, a function of the parasite, not the body’s attempt to rid itself of an infectious organism.

Gas and Bloating: Some parasites live in the upper small intestine where the inflammation they produce causes both gas and bloating. The situation can be magnified when hard-to-digest foods such as beans and raw fruits and vegetables are eaten. Persistent abdominal distention is a frequent sign of hidden invaders. These gastrointestinal symptoms can persist intermittently for many months or years if the parasites are not eliminated from the body.

Joint and muscle aches and pains: Parasites are known to migrate to encyst (become enclosed in a sac) in joint fluids, and worms can encyst in muscles. Once Ads happens, pain becomes evident and is often assumed to be caused by arthritis Joint and muscle pains and inflammation are also the results of tissue damage caused by some parasites of the body’s ongoing immune response to their- presence.

Anaemia: Some varieties of intestinal worms attach themselves to the mucosal lining of the intestines and then leach nutrients from the human host. If they are present in large enough numbers, they can create enough blood loss to cause a type of iron deficiency or pernicious

Allergy: Parasites can irritate and sometimes perforate the intestinal lining, increasing bowel permeability to large undigested molecules. This can activate the body’s immune response to produce increased levels of eosinophils, one type of the body’s fighter cells. The eosinophils can inflame body tissue, resulting in an allergic reaction. Like allergy, parasites also trigger an increase in the production of immunoglobulin E (IgE).

Granulomas: Granulomas are tumour-like masses that encase destroyed large or parasitic eggs. They develop most often in the colon or rectal walls but can also be found in the lungs liver, peritoneum, and uterus.

Nervousness: Parasitic metabolic wastes and toxic substances can serve as irritants to the central nervous system. Restlessness and anxiety are often the results of the systemic parasite infestation. (After completing a herbal cleanse, many people swear that their persistently grouchy mates or relatives have become a lot more pleasant and patient. “The most famous tapeworm of recent years belonged to the late opera singer Maria Callas. She had a serious weight and skin problem. When the tapeworm was detected and removed, ha” weight dropped, her skin improved and her temperament mellowed,” says Gittleman.)

Sleep disturbances: Multiple awakening during the night particularly between 2 and 3 AM, are possibly caused by the body’s attempts to eliminate toxic wastes via the liver. According to Chinese medicine, these hours are governed by the liver. Sleep disturbances are also caused by nocturnal exits of certain parasites through the anus, creating the intense discomfort and itching.

Teeth grinding: Bruxism – abnormal grinding, clenching, and gnashing of the teeth – has been observed in cases of parasitic infection. These symptoms are most noticeable among sleeping for children. Bruxism may be a nervous response to the internal foreign irritant.

Chronic fatigue: Chronic fatigue symptoms include tiredness, flu-like complaints, apathy, depression, impaired concentration, and faulty memory. Parasites cause these physical, mental, and emotional symptoms through malnutrition resulting from malabsorption of proteins, carbohydrates, fats, and especially vitamins A and B-12.

Immune Dysfunction: Parasites depress immune system functioning by decreasing the secretion of immunoglobulin A (I&A). Their presence continuously stimulates the system response and over time can exhaust this vital defence system, leaving the body open to bacterial and viral infections.

The following conditions might also be tell-tale signs of a parasitic invasion: weight gain, excessive hunger, weight loss, bad taste in the mouth and bad breath, asthma, diabetes, epilepsy, acne, migraines, and even the biggest killers: heart disease and cancer.